Siracusa Ear of Dionysius, situated behind the Greek theatre, the mysteries and legends that lie beyond its history have always fascinated historians and visitors. Being for the odd shape of the cave, being for the better understanding of myths and stories that make this place magical, this limestone cave is one of a kind. The city of Syracuse and its walls, imbued with the history and the finest aspects of Greek and Romanian culture, have always attracted the greatest thinkers and artists, from Plato to Caravaggio, and if you still haven’t visited it yet it’s time to book your Syracuse Sicily Holidays.

Siracusa Ear of Dionysius, a journey through myth and history

Siracusa Ear of Dionysius is a limestone cave carved in the shape of an ear situated in the Latomia del Paradiso, inside the Archeological Park of Syracuse. The 23 meters tall and 65 meters deep cave is not only incredibly beautiful to see, but its acoustic properties are what makes it magical. The smallest of sounds can be amplified up to 16 times and can be heard from an opening at the top. Behind Siracusa Ear of Dionysius, many legends have arisen throughout history. The name itself, is said, was given by Caravaggio during a trip to Sicily. Dionysius, was, in fact, the tyrant of Syracuse from 405 to 367 BC and is known for its importance in Greek and European history. He, as a patron and man of great culture, loved to have at his court the greatest minds of his time, philosophers, poets, historians, but also artisans and scholars. With his tyranny, Dionysius brought many cultural innovations and made Siracusa the capital of an empire that comprehended Sicily and the strait of Messina, making it the most powerful city all across the Greek world. At the same time, he was widely known for its cruelty, and between the many legends and myths, it is said that he built Siracusa Ear of Dionysius to imprison his enemies and listen to their conspiracies and their cry of agony. Situated behind the Greek theatre of Syracuse, scholars are yet not sure about the date of origin of this rocky prison. Some say it is of natural origin, some say it was a water supply system. Other say it was used as a resonance room to amplify and at the same time conceal the orchestra during plays, making the crowd wonder where the music came from and leaving it completely astonished. But whatever it was used for, Siracusa Ear of Dionysius is now a touring spot that only waits for new legends to be born.

After a visit to Siracusa Ear of Dionysius, in any Syracuse Sicily holidays that’s worthy of its name, there is of course a tour of the city. From the beautiful Ortigia to the Greek temples, you surely won’t get bored. The city has a 2700 years old history, founded by the Greeks, it was one of the biggest metropolis of the Classical Era and even though today is no more considered a metropolis, it still preserves its cultural, architectural and artistic diversity that makes it one of the main art cities in Italy. Right in front of the Ear of Dionysius, the great Greek theatre of Syracuse, stands in all its glory. Situated inside the Archeological Park, it was built in the 5th century BC, rebuilt during the 3rd and then again during the Roman period. The theatre, as tradition wants, is in a semicircular shape and from the bleachers an amazing view of the city is visible.

The theatre has hosted any kind of play since its construction, and 2500 years later many people still gather to enjoy the wonders of its perfect acoustics. With concerts, plays and artistic performances, today the Greek theatre of Syracuse combines together old and new, classic and modern, so what best way to experience this beautiful compromise than to start thinking about your next Syracuse Sicily holidays? Syracuse long history has left a long heritage that is extremely evident in the artistic and cultural diversity that characterizes it. Just by walking through the city, you’ll be surrounded by Greek, Romanian and baroque architecture. The historical center, Ortygia, is just the perfect example. Walking only a few steps you’ll have the chance to look at the intense beauty of the baroque ornaments of the Cathedral and then to the classical austerity of the ancient ruins of the Temple of Apollo.

Siracusa Ear of Dionysius, the Greek theatre of Syracuse, the lovely Ortigia are just a taste and Syracuse is only the tip of the iceberg. Sicily is full of history and culture and whether you are more interested in a tour exploring the heritage of the past or in a tour of the baroque towns, a Syracuse Sicily holidays is a perfect starting point to come nearer to the understanding of the Island identity. 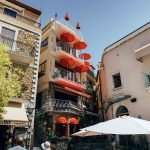 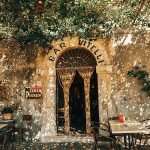