Western Sicily is very rich in history, culture and good food traditions, and it is also the part of Sicily where the Arab domination started in 827 a.C. For this reason, in a tour of Western Sicily from Cefalù to Palermo and Trapani, you can find the most beautiful examples of Arab Norman architecture among Sicily top attractions.

The visit in western Sicily could start from Palermo Sicily which is also the capital and the biggest city of the island. It is located right by the Gulf of Palermo in the Tyrrhenian sea. The city has an ancient history, in fact it was founded by the Phoenicians in 734 BC. During the centuries it was under the dominations of Greeks, Arabs and Normans and still today we can admire a lots of Norman buildings to be included into the Palermo must see list, as the Norman Palace Palermo. This palace was the seat of the Kings of Sicily during the Norman domination. Since 1945 it is the seat of the Sicilian Regional Assembly. It is set in the highest point of the ancient centre of the city.

Today the population of Palermo Sicily is about 1 million people which live not only in the city centre but also in the suburban area. The city is the capital of culture, economy and tourism of western Sicily and it is rich in history, art, music and food. Tourists are attracted by the good Mediterranean wheatear, its gastronomy but also by Palermo must see and also Sicily top attractions: monuments and churches as the Palermo cathedral, which was built in 1187 by Walter Ophamil, the Anglo-Norman archbishop of Palermo, over the ruins of an earlier Byzantine church. Today we can admire the apses of the medieval church, instead the upper orders of the towers were built between the XIV and the XV centuries.

Still in western Sicily, not that far from Palermo, there is the town of Monreale, set on the slope of Monte Caputo, overlooking the valley “Conca d’Oro” that, thanks to the fertility of its soil, produce a lot of oranges, olives and almond trees. In the town you must see the Monreale Cathedral, considered one of the greatest examples of Norman architecture and one of Sicily top attractions to visit in Western Sicily. It was built in 1174 by William II and completed four years later. The structure is characterized by two towers and a portal with Romanesque bronze decorations. Inside the church consists in a Latin cross plan. It is a national monument of Italy and it was also declared UNESCO World Heritage Site, along with the Arab-Norman architecture of Palermo and Cefalù.

Caccamo Sicily is located on the Tyrrhenian coast and in the Metropolitan city of Palermo Sicily. The city was founded by Normans in 1093 and they started building a castle on a rock. The castle is today a museum with a restaurant in the ground level, and other parts of the castle are used also for meetings and conferences.

Trapani what to see? Other western Sicily top attractions

If you are planning a tour in Western Sicily another city not-to-be-missed is Trapani. It is most western city of Sicily and it is famous for its Salt pans, a wonderful spot where to enjoy the sunset. Are you wondering about Trapani what to see? There are so many other attractions and traditions in the historic town, such as the Sanctuary of Annunziata and the Museum Agostino Pepoli, while in the Via Garibaldi you can have a pleasant walk among shops, XVIII palaces and beautiful churches.

Around Trapani what to see? Another beautiful location to explore is for sure the town of Marsala, famous not only for Marsala wine, but also for the romantic scenery of its salt pans and for being the place where for the first time the Arabs came in 827 a.C. Another step to visit the western Sicily is the medieval and panoramic city of Erice Sicily, located on the top of Mount Erice, at 750 mt above sea level, with a beautiful panoramic view above the city of Trapani. In this particular village you can admire the majestic mother church, built in 1314 with a beautiful gothic portal and its clock tower, and  two castles that remain: Pepoli Castle, dating back in the Saracen period, and the Venus Castle Erice, built instead in Norman period over the ruins of a temple dedicated to Venus. Do not miss a visit in these wonderful and panoramic spots!

Are you curious to know what are other Sicily top attractions? Then read also our blog post about the best places to visit in Sicily in a 6 days tour.

Finally, if you want to arrange a tour in western Sicily and discover its history, art and culture do not hesitate and contact us! We will be happy to customize a tailormade tour for you! 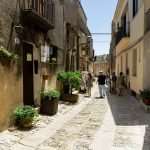 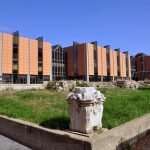 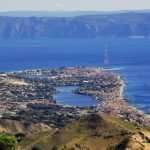